The Era Of the Visual 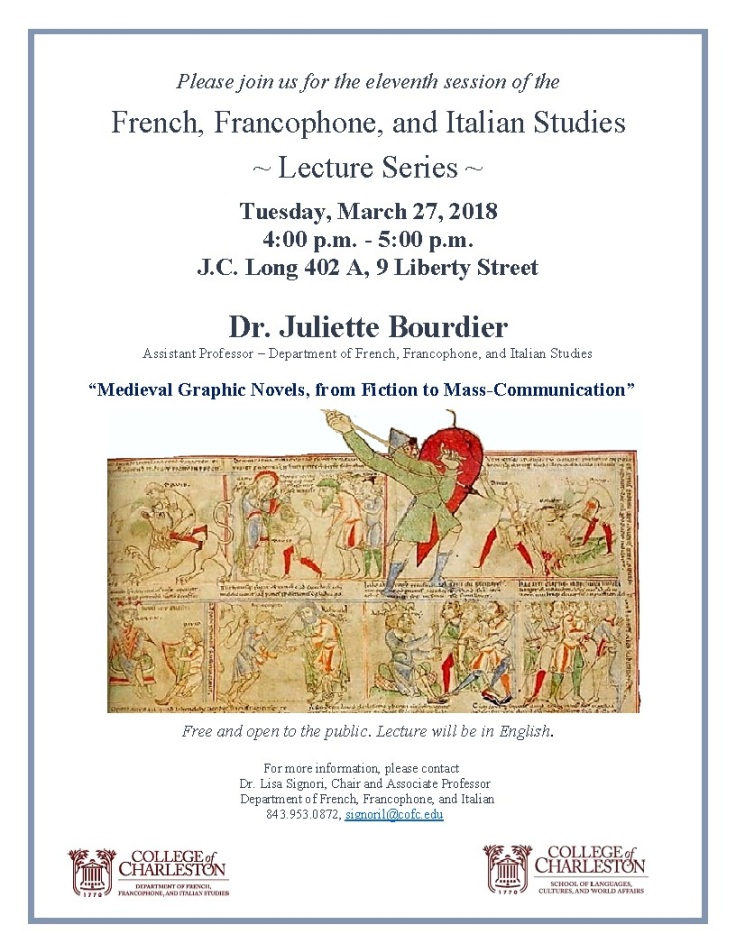 Towards the XII century, with the rise of schools and universities, comes  a writing in vernacular that develops in the XIII with the prosperous production of secular manuscripts. Mass production workshops flourished in the major urban centers, particularly from the 14th century with the writing of the songs of trouvères and troubadours, the ancient epics, the chronicles of France, and prayer books.

It is at this time that the wealthiest laypeople adopted silent and individual reading. While some of these secular texts are spread, they are accompanied by ornaments that facilitate the approach of the text according to precise iconographic codes. Both markers and illustrations, the illuminations are part of the text. they compensate the loss of orality and also the performance. Here The miniatures of the margins replace the music of the texts formerly sung, they are the voice and often define a tone, or the language register, the initial letters punctuate the writing, the historiated scenes, under The form of initials, medallions or large insets that can occupy a whole page illustrate the message and allow a better immersion in the act of reading which becomes individual, if not individualistic. Iconography replaces the performance of the master, the priest, or the troubadour,. it also promotes the decoding of the text and help the reader to grasp its meaning and serve as a memory tool. Because in their intergraphic form, they are used voluntarily in a meta-tex-tual intention both in the liturgical and poetic domains .

To deal with this phenomenon, I chose to observe the diffusion of the imagery of the Christian testimony of journey to hell by trying to analyze the iconographic dimension of the most popular French penitential tale of the thirteenth century, the les peines d’enfer. From the sixth century, the written testimonies of travels in the afterlife spread mainly in France, but also throughout Europe to form a rich literary collection to promote the building of monks and ensure their salvation. During the twelfth and thirteenth centuries much of these Latin texts were translated into vernacular to reach an audience of enthusiastic laymen. Subsequently, a secular writing addressed to a readership outside the monasteries emerges. On the one hand poets, urban or novelistic minstrels innovate and enrich the testimonies of images, on the other hand columnists, scholars, historians seek to map and theorize the kingdom of hell by associating the testimonials to scientific claims to build official guides, introducing evidence of infernal travel in hagiographies, encyclopedias or almanacs. 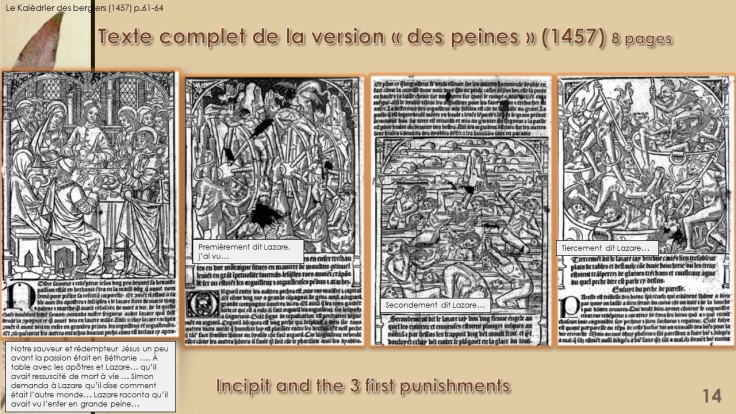 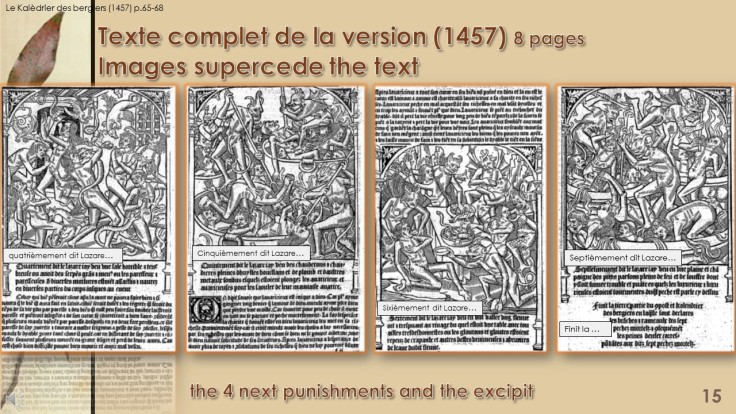