Tales of Hell, Traveling in Otherworld

As they considered space limited, Middle Age curiosity was oriented toward time, which appeared to be infinite. Time was divided into two parts. The time for living was well-understood, but the time after death was unknown and open to speculation. Despite the fact that the living could not see or speak of the invisible and intangible Otherworld, some chosen few attempted long voyages into the depths of the divine and brought back tales of their discoveries. 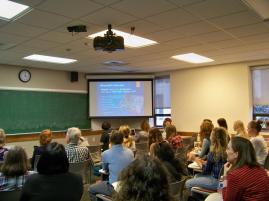 3 thoughts on “Tales of Hell…”